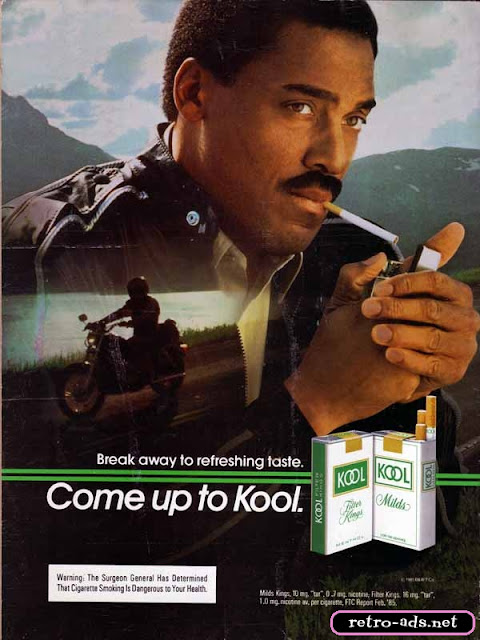 I may have posted this Kool ad from '85 before.  I aint sure.  But this '85 Kool ad is a definite one I saw a lot in Jet mags from the '85 year itself.  Motorcycles and a brand like Kool go hand in hand.  Although I'd rather have a biker girl with Kools (or Newports) instead of a Harley Man.

Just like it was common to see Newport ads than Kool ads in the 2000s since Newport is the #1 menthol now, it was a lot more common to see Kool ads in the 80s.  The last decade with Kool as the most popular menthol brand.  Followed by Salem and then Newport.  Newports actually became more popular with teen smokers when the 90s started.
Posted by Jason T at 9:12 PM